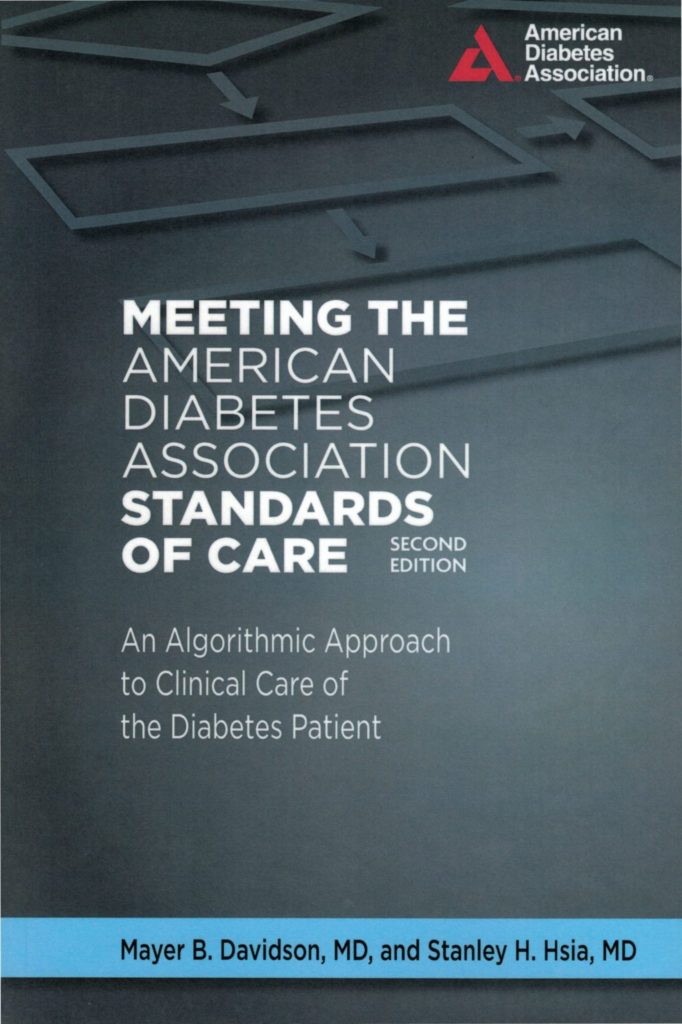 Meeting the American Diabetes Association Standards of Care contains the basics of Dr. Davidson’s algorithms for insulin dosing, developed through decades of clinical research and practice. The ADA published the first edition in 2010. The second edition was written with Dr. Stanley H. Hsia and published in 2017, less than a year after the ADA recognized Dr. Davidson with its Outstanding Physician-Clinician in Diabetes Award.