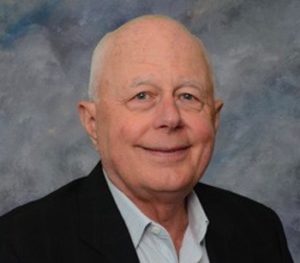 Insulin Algorithms is pleased to announce that Gary Hutchinson, an entrepreneurial executive with more than 25 years in healthcare technology, has become an advisor to the company. His roles in healthcare and technology startups and established companies include founder and CEO, board directorships, investment advisor and consultant. Mr. Hutchinson is the CEO of ThelioPulse, a spinoff company from the Alfred E. Mann Institute at the University of Southern California (AMI USC), where he is Entrepreneur in Residence. He is also an Adjunct Lecturer at theUCLA Anderson School of Management/Global Access Program.

Mr. Hutchinson served as President and CEO of Precision Dynamics Corporation from 2002 to 2010, and under his leadership the company grew from $43 million to $112 million in sales and $2 million to $16 million in EBITDA. He established European headquarters in Brussels and set up manufacturing operations in Tijuana; acquired TimeMed Labeling Systems, Inc. and Hollister, Inc.’s wristband product line; and partnered with private equity firm Water Street Healthcare Partners.

Before Precision Dynamics Corporation, Mr. Hutchinson was a founder of Zymed Medical Systems (now Phillips Medical Systems), which became the leader in ambulatory monitoring and arrhythmia algorithms and grew to $25 million in sales and $5 million in EBITDA. After its acquisition in 2000, he served as VP of Phillips’ $200 million Cardiology Products unit.

Mr. Hutchinson has experience on the advisory boards of a number of companies, including ORFID, an early-stage company in organic semiconductors and polymer-based radio frequency identification devices at UCLA. He has served on the board of directors for AdvaMed, a healthcare industry advocacy organization; Quinton Instruments, a leader in stress testing; and Cardiac Rehab and Cardiac Imaging Systems. As an investor with HP, WR Hambrecht & Zymed, he led a buyout of Quinton from American Home Products.

“I am so impressed by the team at Insulin Algorithms and the clear thinking behind their software, as well as by the leaders in diabetes research and practice who have come together around this amazing tool,” Mr. Hutchinson said.  “Many times over the years I’ve seen the industry-wide impact possible for a small company with the right product. I think Insulin Algorithms is such a company.”