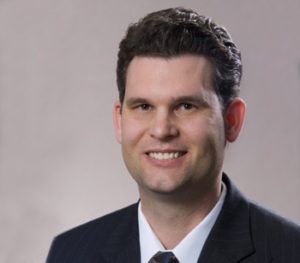 Scott joined Seton in 2006 as vice president and chief operating officer for Seton Highland Lakes Hospital and its health centers. During his tenure with Seton, he went on to run both Seton Highland Lakes and Seton Northwest Hospitals. Previously, he was assistant executive director of financial planning for Scott & White Health System. He also served as director of strategic and financial planning for Phoenix Children’s Hospital. His financial background spans investment banking with Shattuck Hammond Partners, Inc., including mergers, acquisitions and divestitures, financial advisory and tax-exempt debt underwriting, commercial real estate and strategic capital planning.

“Insulin Algorithms has developed software to enhance the decision-making process of every clinician who manages insulin therapy,” Scott said. “I’m very interested in the future of this company and the impact they will have on diabetes treatment.”

Scott is a graduate of the Ascension Health Executive Formation Program, class of 2010. He earned his Bachelor of Science from Brigham Young University in 1992 and his Master of Health Services Administration in 1994 from Arizona State University, W.P. Carey School of Business.